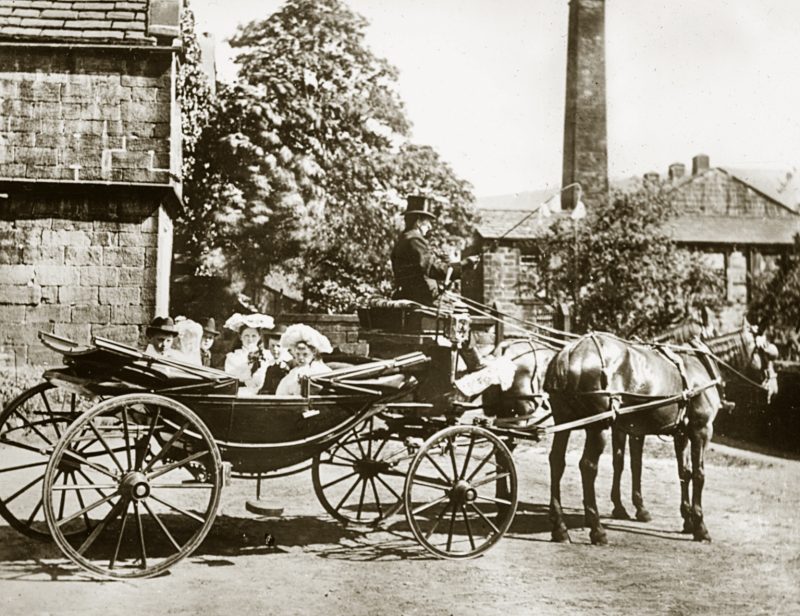 A tremendous thirst for knowledge was the driving force behind the establishment, in December 1905, of Hebden Bridge Literary and Scientific Society.

There were already several mutual improvement societies in the area providing an invaluable outlet for education and advancement for the working man, yet a need was felt for an organisation of a different kind: one with the avowed purpose of encouraging the intensive study of natural history, literature, “physical science” and other topics that members themselves would initiate.

The founder was Mr William Nowell, a noted botanist, who put forward his ideas to like-minded supporters at a meeting at Central School, Hebden Bridge, on November 4. The proposal met with enormous enthusiasm and just over a month later the inaugural meeting, chaired by Dr James Brown, was held at which the three-point objectives of the new society were declared: 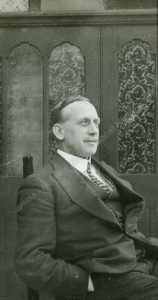 William Nowell – founder of the HBLSS

“To carry out the further education of the inhabitants of Hebden Bridge by means of assembling together to read and hear papers on subjects kindred to such an Association, by arranging rambles for the study of natural history and to stimulate interest in educational facilities.”

In a personal memoir of the society’s early days Mr Nowell recorded that the main impetus came from the naturalists: “while interest in literary studies was deeply felt among the early members there was not the opportunity for action which the cloughs and the moors provided for natural history students.”

Membership of the General Society was a notable 133 in the first year, reaching a peak of 1,640 in 1943 when there were many more sections; it fluctuated considerably over the decades but never dropped below 100.

The rules provided that new sections could be formed by any three members with a particular interest falling within the society’s constitution and soon the Natural History Section (which survived until 1959) had been joined by the Photographic Section (1905 – `60) and the Literary Section. The latter had a somewhat sporadic history, being dissolved in 1941 then revived in 1953, after which it appears, from the General Society’s records, to have finally bit the dust in 1962. Other sections were more successful, notably Drama and Local History; the Dramatic Society, which had started off as an “off-shoot” of the Literary Section in 1924, became a section in its own right in 1929 but cut its ties with the society in 1997 when Hebden Bridge Little Theatre was formed.

The Photographic Section also severed its links with the HBLSS following a disagreement with the general committee over the venue. In 1952 members wanted to move from Hollins House – where most sections then held their meetings – to premises in Market Street but after lengthy discussions the request was refused. The decision caused a great deal of ill-feeling and a majority of members broke away, in 1960 forming Hebden Bridge Camera Club – originally called Calder Camera Club – which met over Horner’s barber’s shop in Market Street before moving to the Council Offices and later, the Masonic Hall where it still meets to this day. Membership of the Photographic Section had declined to just seven by 1959, when it was decided to wind up; any bad feeling between the HBLSS and Camera Club members, which marred relations for some years, has long since dissipated.

Together with astronomy (originally formed in 1918 and after several stops and starts restarted in 1980), Local History is the only section to survive to the present day. The Astronomical Society was renamed Physical Science Section in 1934, as such lasting until 1942 and revived again in 1956, but had only three members by the time it was wound up in 1959.

Along the way there have been some intriguing – if, sadly, short-lived – sections representing not only the interests of members but the social conditions of the day. 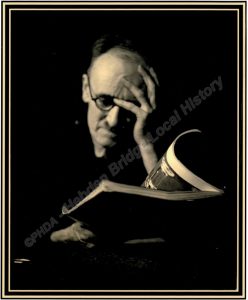 Esperanto was taught from 1908 – 1914. This could have been inspired by the success of an Esperanto group formed in Keighley in 1902 – the first in the country, incidentally, and which still survives to this day. The group has helped the society fill in its sparse records revealing only that there was a proposal to revive the section in 1946. Apparently it came to nothing and there are no further details.

Cinema (1941 – ’69) never had more than a few members but its impact on the HBLSS was enormous: over 900 people joined in order to watch the film shows organised by the section, during the war years especially exceptionally popular. In 1942 all locally billeted soldiers were admitted free of charge to performances of “Three Smart Girls” and “Dinner at the Ritz” – the most popular films of that years. The section also produced its own gems – “Small Fry” shot in Hardcastle Crags in 1951 featured a small child being shown the wonders of nature by a gamekeeper; the Blood Transfusion Unit provided another unusual subject. A colour film of local Coronation celebrations was perhaps more widely appealing.

Marking the Golden Anniversary of the HBLSS in 1955- and still very active in the society’s affairs – founder member William Nowell attributed its success to a willingness to change with the times: “As I see it the most important factor which has enabled the Literary and Scientific Society to reach the fiftieth year of its vigorous career is that while maintaining its general appeal, the organisation has been elastic enough to provide a means of association for any sectional interest, whether it be astronomy or beekeeping. That has been the secret of its success.”

Also commenting in 1955 – the year when commercial television made its debut – Dent Sutcliffe, president, remarked: “It will probably be necessary for the constitution of the society to be re-examined and see how it can be made an even more useful organisation in the future of the community. The aim must be to ensure that, when the centenary of its foundation falls due, Hebden Bridge Literary and Scientific Society still exerts a strong influence in the educational world of Calder Valley.”

Little could those founder members, eager to learn and share their knowledge in a world on the brink of cataclysmic change, have envisaged what was in store for their descendants 100 years later. Much has changed beyond all recognition but the values and principles of the HBLSS remain as strong and relevant as ever.

When Halifax Corporation built Walshaw Dean Reservoir, they wanted to close the footpath across the moor. A group of people from the Scientific Society carried out an Opposition Ramble from Blakedean to Oxenhope. It was agreed that there would be a Right of Way across the middle reservoir embankment.